Are those white-sand beaches looking all the same to you? Do city tours and museums make you want to stay in bed the whole day instead? Then it’s time to tweak your travel itinerary. Now you know what they say: change is scary. In this case, it is going to be, quite literally, SCARY.

We’ve compiled five of the spookiest places in the United States that are worth a visit. Some are pretty, some are downright creepy but all have interesting stories behind the horror. Maybe they can give you a little perspective. So just open your eyes—who knows what you’ll see? 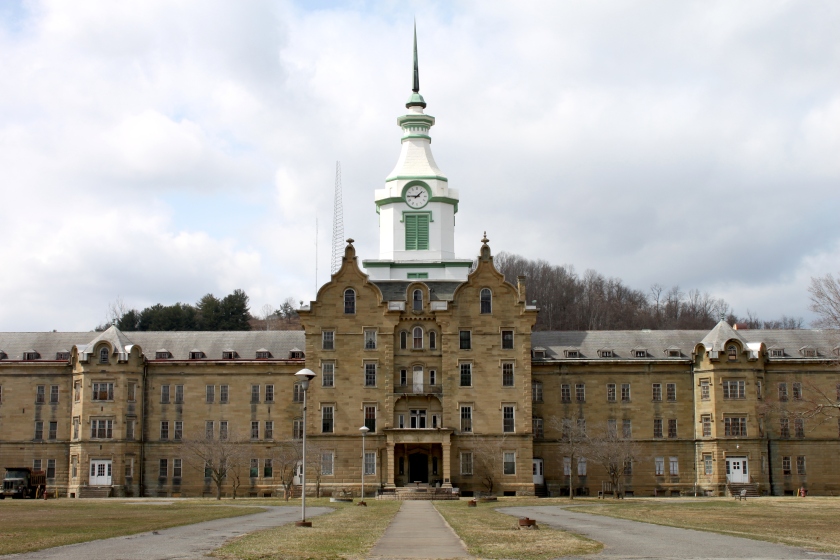 The Trans-Allegheny Lunatic Asylum used to house over a thousand people with mental illness.

Those who run this asylum, once called the Weston State Hospital, say it is a “dream destination” for ghosthunters. A sanctuary for the mentally ill from 1864 to 1994, the Trans-Allegheny Lunatic Asylum in Weston, West Virginia housed thousands of patients until it suffered from overcrowding and poor sanitation. Many died here. More suffered. Some say the uncontrollable residents were locked in cages. Today, their screams still echo in the halls of the 224,000-square-foot asylum.

The Trans-Allegheny Lunatic Asylum offers overnight ghost tours of its main building, medical center and forensics facility. From 9 p.m. to 5 a.m. participants will be divided into small groups and assigned a guide. After a brief tour, you may explore the place on your own. If you dare. For the faint of heart, there’s the daytime heritage tour of this historical landmark. www.trans-alleghenylunaticasylum.com

This is one of the rooms at the Villisca house where eight people were axed to death.

In the 1900s, Villisca was a thriving town of 2,500 people. The name Villisca meant “pretty place” or “pleasant view.” But on June 10, 1912, whatever peace or pleasantness this little town had was forever shattered. Businessman Josiah Moore and his wife Sarah, their four children—Herman, 11, Katherine, 10, Boyd, 7, and Paul, 5—and the kids’ friends Lena and Ina Stillinger, were found brutally murdered inside their own house after coming home from church the previous night. Josiah and Sarah had been hacked at least 20 times each, their blood splattered on the walls, while the children were bludgeoned to death, their skulls crushed while they were sleeping in separate bedrooms. The murderer was never found, a terrible secret, some say, Villisca keeps to this day.

In 1994, Darwin and Martha Linn of Corning, Iowa bought the Moore house and restored it to its condition during the time of the murders. The house is open for tours and overnight stays, but be warned: paranormal investigators have found evidence of haunting by the dead children. www.villiscaiowa.com

The rural town of Gettysburg in south central Pennsylvania is etched in American history as the location of the bloodiest encounter of the Civil War. The Battle of Gettysburg in 1863 saw more than 51,000 casualties. Today, the ghosts of soldiers are said to still roam the streets and buildings of the town. Stories of haunting are frequent in sites of heavy fighting such as the Devil’s Den, Cemetery Hill, The Grove, Seminary Ridge and around what is now Doubleday Inn, where there is a mass grave of slaughtered North Carolinians. Some students have reported being transported in time to an operating room staffed by surgeons in old, bloodied uniforms.

Mystery/ghost tours are big business in Gettysburg. Many of the haunted places can only be accessed via group tours. www.destinationgettysburg.com

The inspiration for Stephen King’s book, The Shining, Stanley Hotel is the most famous haunted hotel in the United States.

The hotel that inspired Stephen King’s bestselling horror book, The Shining, lives up to all ghostly expectations. Opened in 1909, Stanley Hotel is a stately 140-room structure that draws travelers both for its horror stories and its panoramic view of the Rockies. In 1974, King and his wife Tabitha stayed in room 217, the Presidential Suite, and experienced unexplainable things: their bags, which they left in the room to have dinner, were unpacked when they returned; while here, King had a nightmare that left him awake and compelled him to take a walk on the fourth floor, where he was reported to have seen the carpet lifted. Today, the hotel offers “ghost adventure tours” and is noted for its Halloween events. www.stanleyhotel.com

It’s now a popular venue for weddings and concerts, but behind the glamour of the Masonic Temple in Detroit lies the almost-forgotten story of George Dewitt Mason, a renowned architect who designed the building, and in 1943, jumped off the temple’s roof. The largest structure of its kind in the world, Detroit’s Masonic Temple has 1,037 rooms, three theaters, and some secret staircases and passages. It is hailed for its grand design and intricate artistry, but it was The Masonic Temple that is said to have caused the bankruptcy of Mason, who spent too much on the building. After his wife left him, Mason killed himself. Guards report hearing slamming doors and seeing shadows, particularly one ascending the stairs to the roof. www.themasonic.com

Note: All photos were sourced online for free.