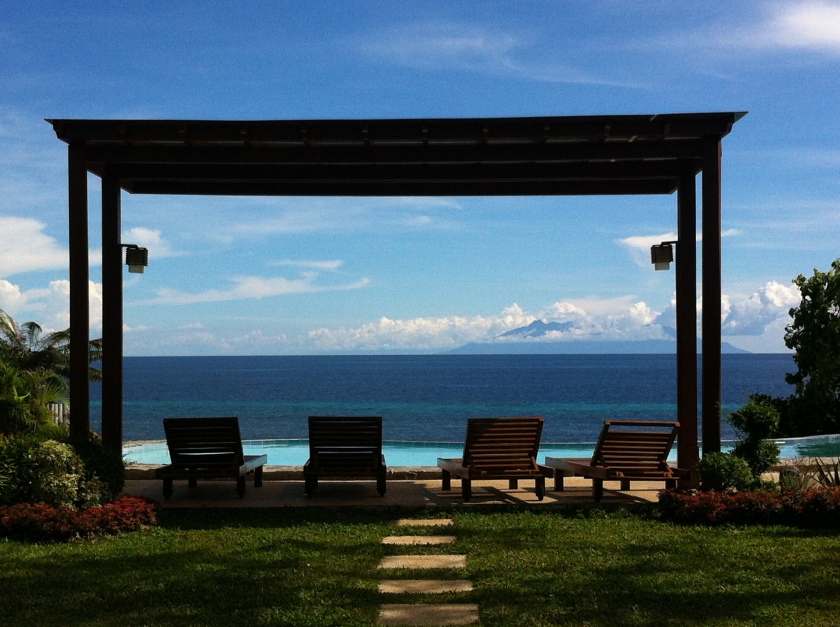 For years, the sleepy town of Anda in Bohol, 100 km from the capital city of Tagbilaran, has been dubbed as “the NEXT BIG THING.”

A well-known, well-travelled Filipino weatherman and scion of a political clan in Manila even declared Anda as one of the two most surprising gems he found in the Philippines—a country that does not lack for island jewels—and expressed his intention to someday retire there. 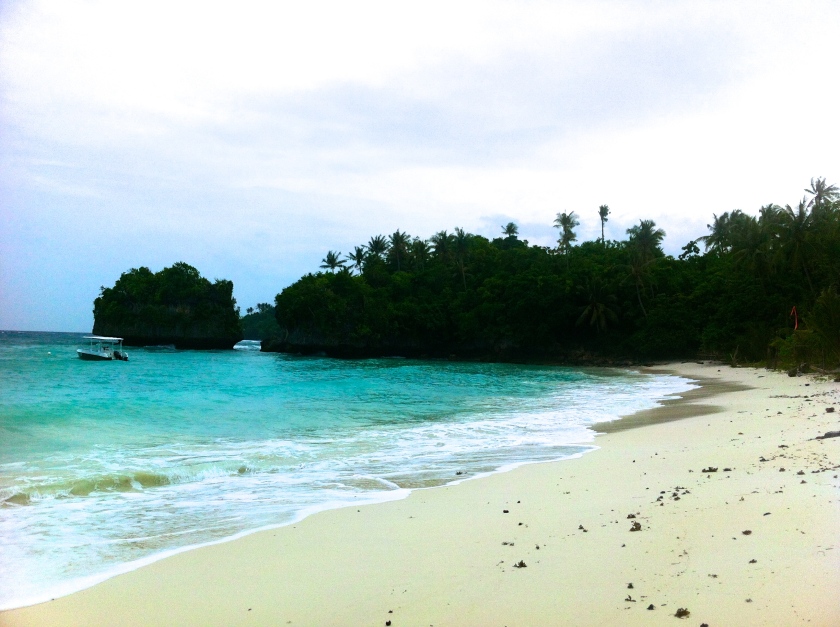 The quiet beachfront of Amun Ini Resort, Anda’s lone high-end accommodation, is perfect for those who don’t like sharing their piece of paradise.

Anda has all the ingredients for a premier travel destination: long stretches of fine, white-sand beaches, clear, turquoise waters, year-round diving weather, friendly locals, and comfortable, family-run resorts. Add to that a sprinkling of caves that tell a rich history and voila, you have a tourist favorite.

So why isn’t it Boracay by now?

My quest for an answer to that question was the only thing that roused me from the king-size bed in our tastefully designed 60-square-meter suite at the new wing of Amorita Resort—my new favorite place in Panglao—where life consisted of perfect little moments and beautiful mornings with hot chocolate. It was SO tempting to stay.

But alas, there was a place to discover and a curiosity to quench.

The drive to Anda from Panglao took over an hour, on a scenic coastal highway that Bohol Gov. Edgar Chatto compared to the highways of Hawaii. I haven’t been to Hawaii but I’ve seen enough pictures of it to know that, well, the governor was speaking like quite the proud father, which is no big sin in the Filipino culture.

What marks the road to Anda are typical scenes in daily provincial life: a delighted mother raising her baby like an airplane, an old man by the bay smoking with one knee up, women headed to the market, little children playing, oblivious to the cares of the world. It’s not Hawaii—it’s Bohol, and these vignettes along the coast were a reassuring sight for people who have forgotten that life can be uncomplicated.

Anda turned out to be the home of the clichéd simple life.

For those like me who had such high expectations, arriving in Anda can be anti-climactic. It’s a quiet place, still truly rustic. The paved main road gives way to rough access roads that make for bumpy rides, and you start to wonder how this place can be the next big thing when it doesn’t even have proper street lamps. Then again, such imperfection is part of the charm.

Just as you’re warming up, somewhere along the crooked paths, the cornfields give way to a charming resort, and the resort opens up to a private beach, and the beach glints inviting in the sun, like a lass shyly revealing her pretty face.

You sense the beginning of a love affair.

Aquino, the friendly resident dog, plays with a guest at the FloWer Beach Resort, one of the earliest resorts in Anda.

“Kindly excuse our place; this is a very remote area. You might have expected something high-end, like in Panglao. This is not it,” Anda Mayor Metodio Amper said apologetically as his staff served lunch at the Quinale Beach, Anda’s public beach spanning 8 km. Here, the town hall stands several feet from the sea. It was the best-located municipal office I have ever been to (although the building itself could use some work).

Mayor Amper laments how Anda has been neglected by the government for decades. The fifth-class municipality with a population of 25,000 badly needs paved roads leading up the mountains, he said, so that far-flung communities can be served. At least half of the town’s 16 villages don’t have cellphone signal. The disconnection may appeal to tourists but is a boon to residents who might need assistance, the mayor said. I see his point.

The first-time mayor, a businessman from Pasig City with roots in Anda, was obviously frustrated at the pace of development in his town, but the visiting media were not. In fact, everyone was already examining the cleanliness of the public beach and the powdery quality of the sand. Most were duly impressed.

Another pointed to the mountainous backdrop: “That reminds me of Palawan.”

Often called the “second jewel of Bohol,” Anda has forever been in the shadow of Panglao Island with its high-end resorts, but the small town is coming out of its shell. USAID, through its project COMPETE, is helping Anda draft a master plan for tourism as part of its development assistance to Bohol. Such help is crucial at this stage, when Anda is still a confused adolescent in the tourism world, peddling itself as rustic and mystical, and in the same breath pining for the arrival of five-star resorts.

This coming- of-age phase, I see now, is why Anda hasn’t become the “big thing” yet.

“Anda is different from Panglao and Boracay. We have to learn from their experiences, if there are mistakes there, if they had diversions from their master plan (for tourism),” municipal tourism consultant Jun Ayag said. “We don’t have to benchmark on others but on our capacity.”

To date, Anda has 27 resorts with around 300 rooms, their prices ranging from PHP 600 per night to PHP 11,000 per night, according to Jun Daniel, president of Anda Accommodations Association and owner of Anda de Boracay Resort (doesn’t the name itself suggest an identity crisis?)

At least five diving operators are set to open shop this year. More are expected to come as the place is being eyed as a sports tourism destination in the Philippines. Two triathlons have been done there in the last three years.

“It’s the simplicity and rustic nature that will bring you here,” Ayag said.

His claim is undeniable, considering that many of the resort owners were foreigners with Boholano or Cebuano spouses who opted to go back to their small town for a quieter life.

FloWer Beach Resort is run by Flor, a village leader and owner of a tech-voc school, and her German husband Werner, a retired Lufthansa flight engineer who participates in dive expos to promote FloWer Beach. The couple’s spacious resort is a favorite among divers. J&R Residence, one of the newest and most modern resorts was built on a cliffside originally as the private home of Jilo, a charming Cebuana with boundless energy, and her reserved husband Ralf. Jilo and Ralf settled in Bohol after living in China for nine years. Jilo’s hospitality led to more and more people eating and coming over, such that eventually,  the couple’s residence was extended to accommodate guests (paying, this time).

The local standout in Anda, Amun Ini, is owned by Fred Carmona, a transplant from Iloilo who fell in love with the town and resolved to build his dream resort there. Amun Ini, which means “this is ours” in Ilonggo, is the most expensive accommodation in town but is well worth the price tag, I hear. A quick tour of the resort made me want to linger just a little bit more. By the pool. Looking out to the sea. This is what you do in Anda. And this is what Anda does to you–you come and you wish you could stay.

Someday, no doubt, tourists will be flocking to this pretty little town, all wishing to stay a wee bit longer. But for now, Anda is a treasure that you can keep to yourself for a few days. Hopefully, when Bohol’s sleeping beauty gets the kiss from big investors, it will pick the right ones. It doesn’t have to be the big thing–it’s already the right thing. ###