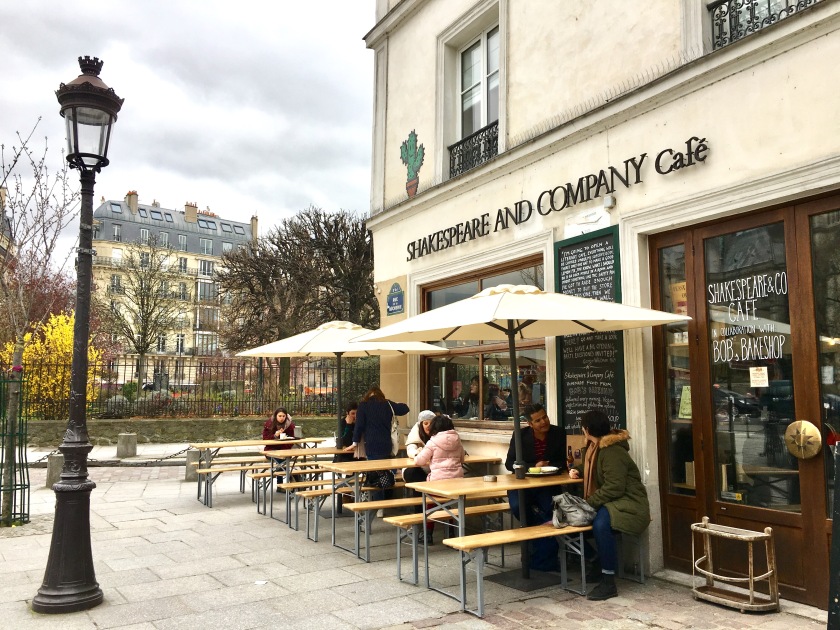 Paris est toujours une bonne idee, said Sabrina. Even in the rain, even with the crowd — and yes, even with the dog poop — the idea of walking around Paris is always romantic.

The Parisians know this, of course, which is why there is an overwhelming number of walking tours serving an overwhelming 89 million visitors to the City of Lights every year. We decided to go with The Original Paris Walks, which was founded in 1994 — long before walking tours were a thing — and who offer unique themed walks like The French Revolution, Paris Fashion Walk, Writers of the Left Bank, Medieval Latin Quarter, Village Montmartre and more. 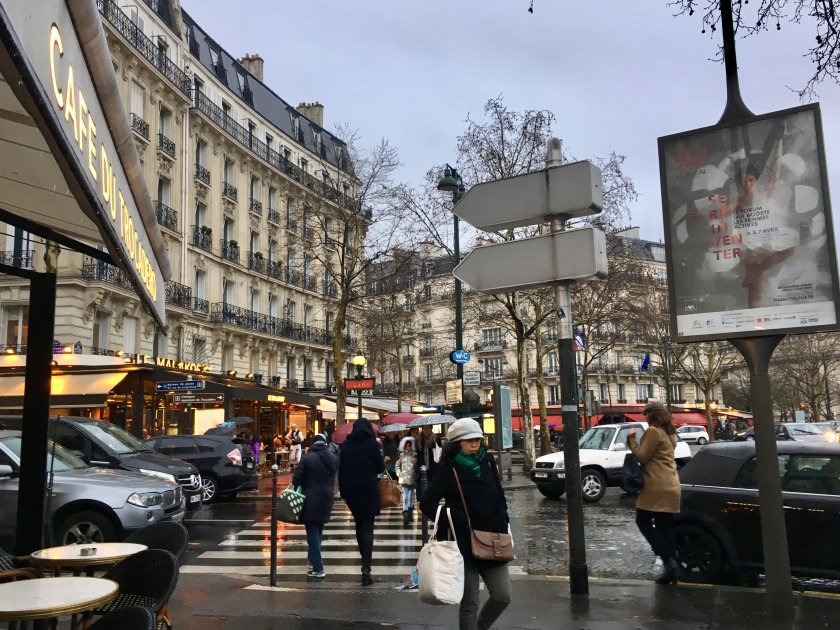 Despite the rain, the cold, and the crowds, Paris never fails to charm.

It was raining when we got to the Metro Cardinal Lemoine for the Hemingway’s Paris walking tour, but as Paris Walks had promised, “tours are guaranteed, and run rain or shine,” so off we went with our fabulous guide Jonathan, stopping at points of interest in the 5th arrondissement: 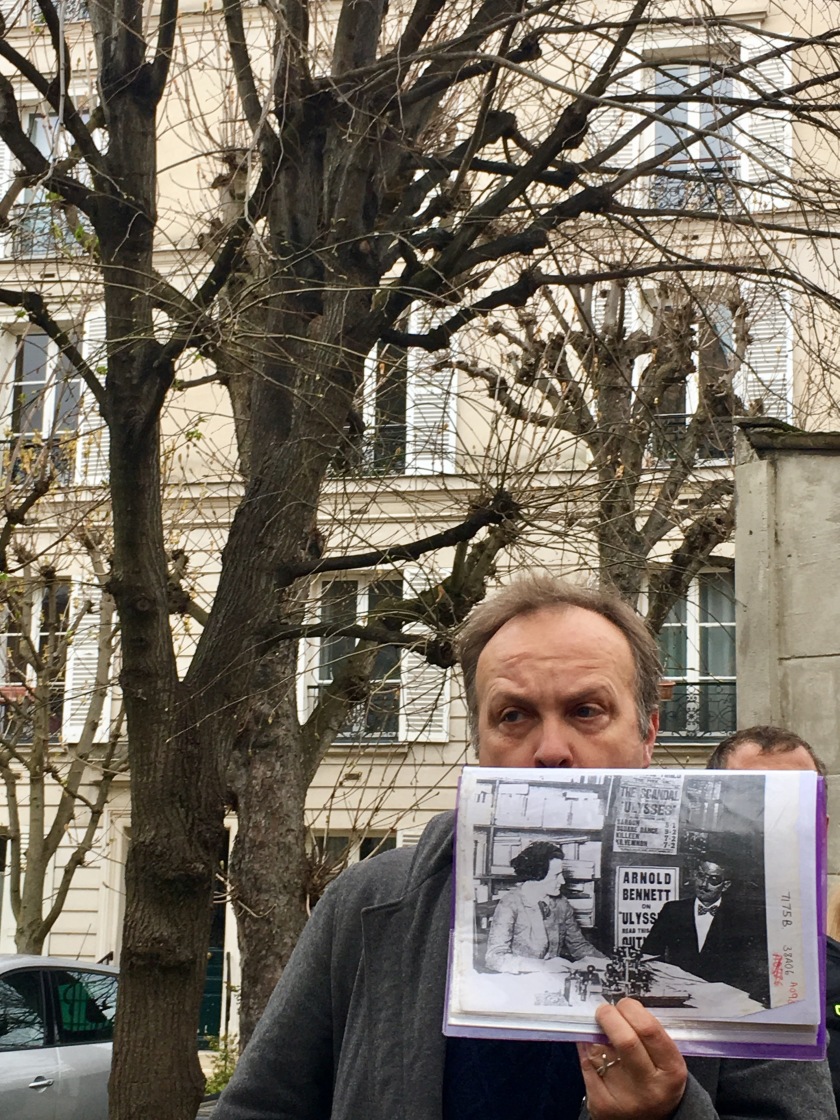 Jonathan of Paris Walks is the guide every visitor to Paris must have.

Valery Larbaud’s apartment, 71 rue du Cardinal Lemoine. While Larbaud was himself an accomplished French literary figure, it was the presence of Irish writer James Joyce in his apartment in the summer of 1921 that made the place famous. Larbaud’s apartment was where Joyce finished Ulysses. The New York Times described it as “the prettiest place he lived, in a kind of mews… on the Contrescarpe behind the Pantheon and with curving view of Paris.” 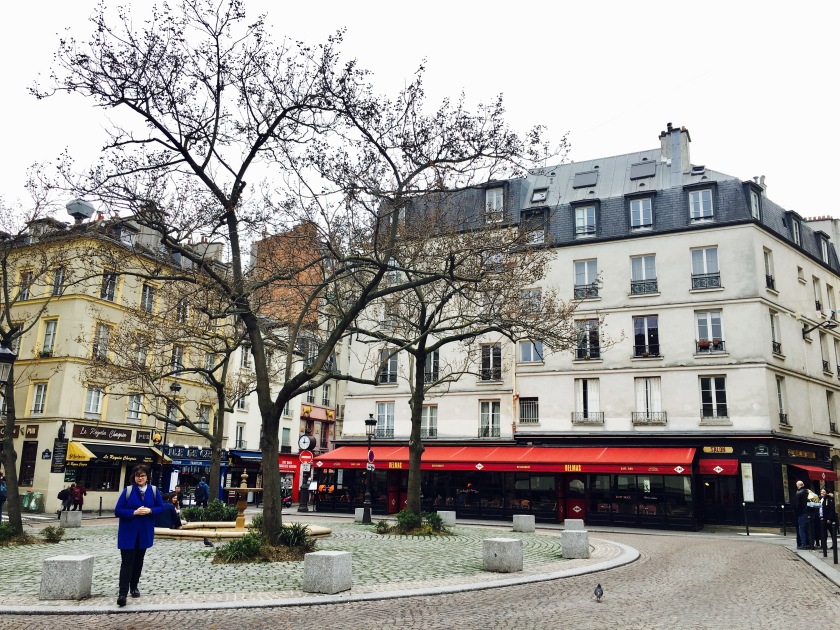 When Hemingway and his wife, Hadley Richardson, first arrived in Paris, they rented a fourth floor unit on the same street as Larbaud’s apartment, but unlike Larbaud’s place, Hemingway’s apartment was without running water, proper sewage and heating. It was poor, by any standards, but this was where he and Hadley spent their happiest years, from January 1922 to August 1923. Hemingway remembers this time as a “very poor but very happy life.” 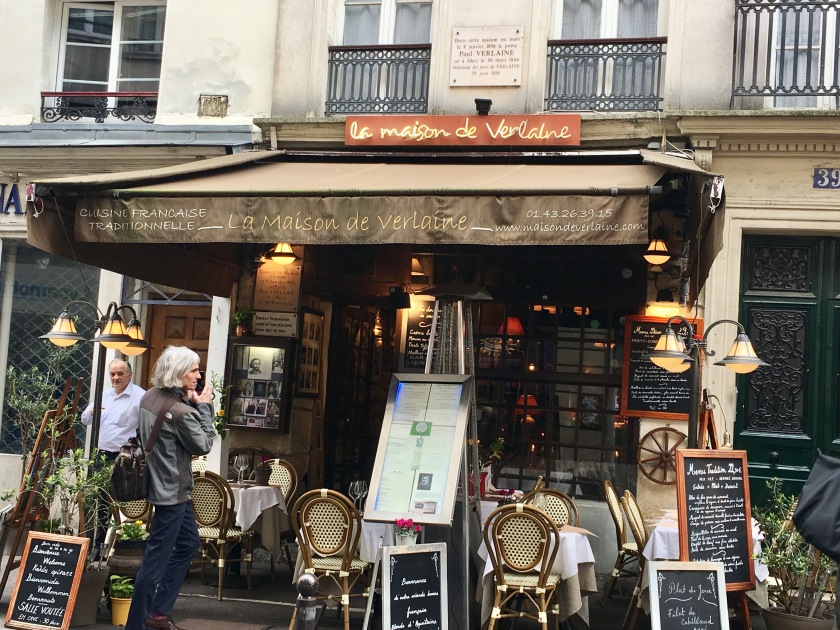 This building both hosted Ernest Hemingway and the poet Paul Verlaine at different times.

Because his apartment was too cramped and unsuitable for writing, Hemingway rented a studio on the top floor of what used to be a hotel. The four-storey building was where revered French poet Paul Verlaine died in 1896. In 1922, Hemingway rented a room in the attic where he would come every day to work. Today, it is known for its restaurant, La Maison de Verlaine. 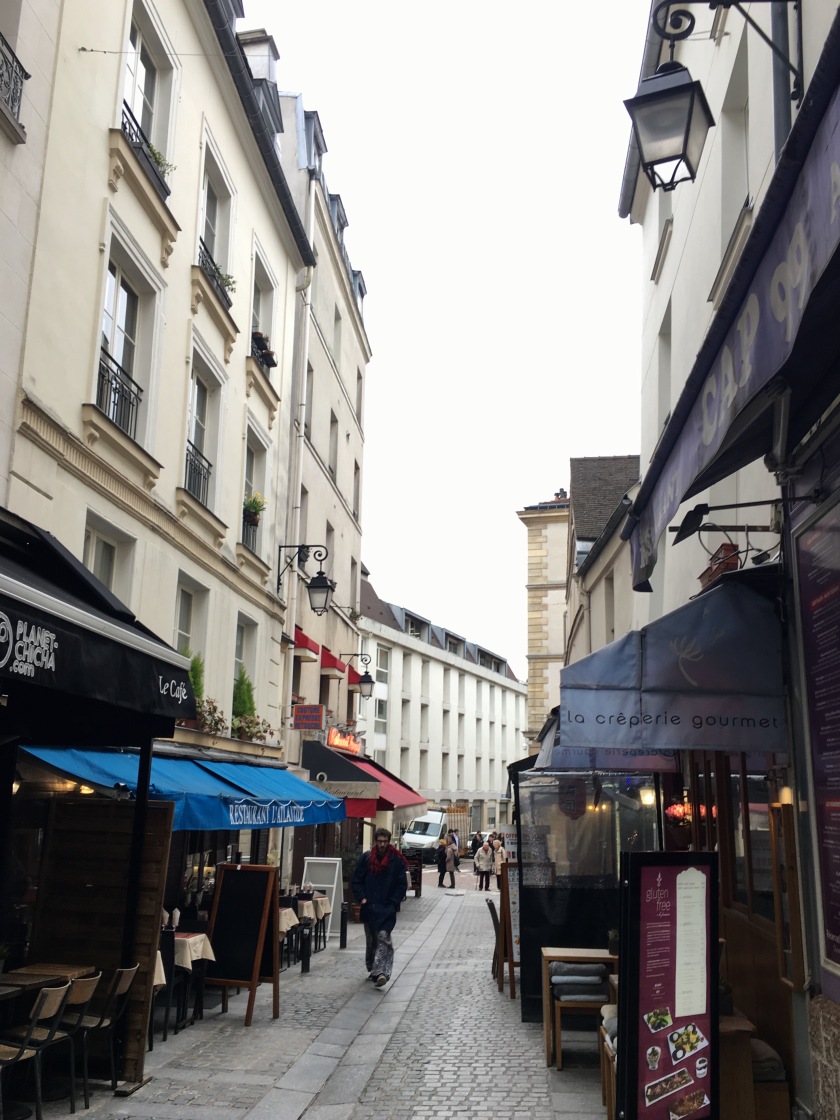 Orwell’s “Down and Out in Paris and London” opens with stories of this street.

Unlike Hemingway, George Orwell (real name: Eric Blair) painted a bleak and filthy picture of Paris. He writes about living at the Hotel des Trois Moineaux, “a dark, rickety warren of five storeys” where the “rooms were small and inveterately dirty.” In his book, he places this hotel in rue du Coq d’Or, which is really rue du Pot-de-Fer, now an alley of bars and bistros off rue Mouffetard. Orwell’s hotel is unmarked but his life as a plongeur is memorialized in Down and Out in Paris and London, which inspired the late chef and author Anthony Bourdain’s bestseller Kitchen Confidential. 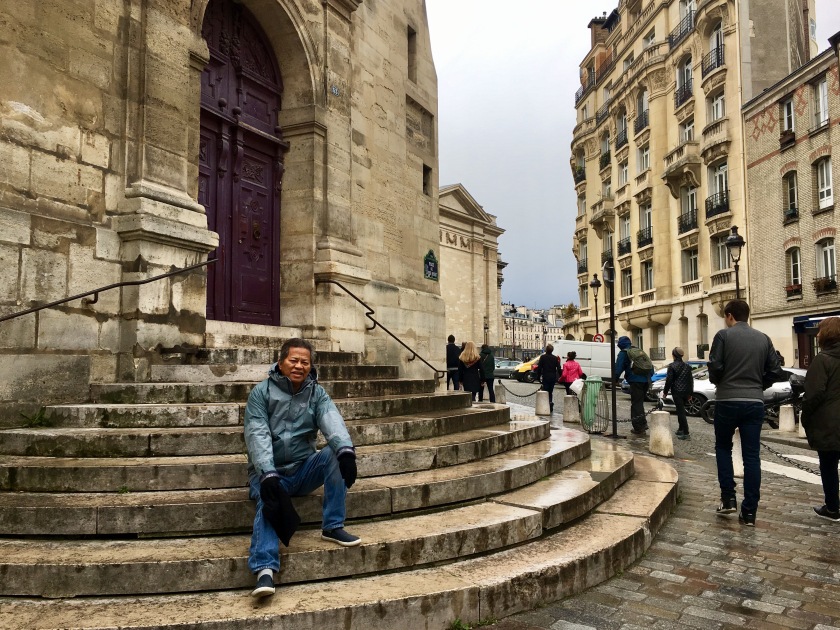 Remember in “Midnight in Paris,” where Owen Wilson is picked up by vintage cars and goes back in time? This is it.

Mentioned in Hemingway’s A Moveable Feast, this chapel houses the relic of Saint Genevieve, patron saint of Paris, and the tombs of French mathematician Blaise Pascal. It is known for its rood screen, a common architectural feature in late medieval churches, which is said to be the only surviving example in Paris. In the movie, Midnight in Paris, the church’s steps is where Owen Wilson waits for the car that will transport him to the 1920s, where he would meet Hemingway.