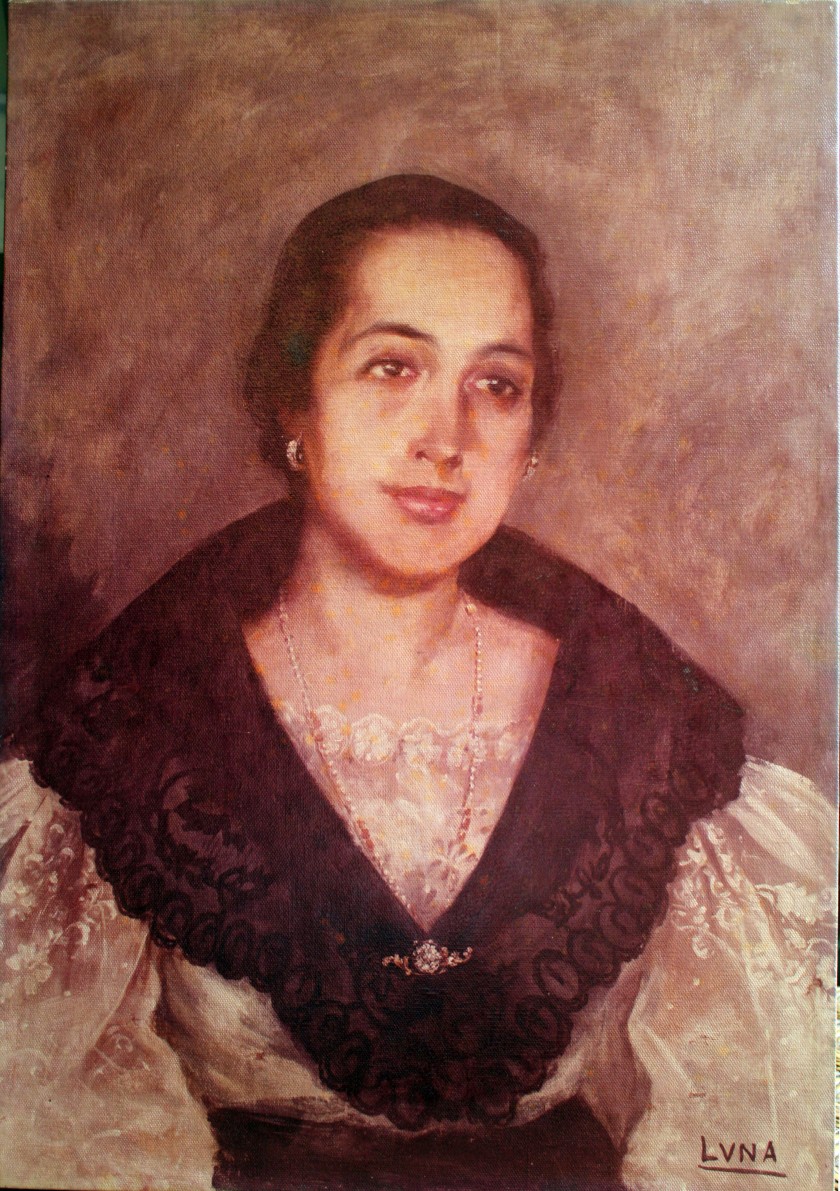 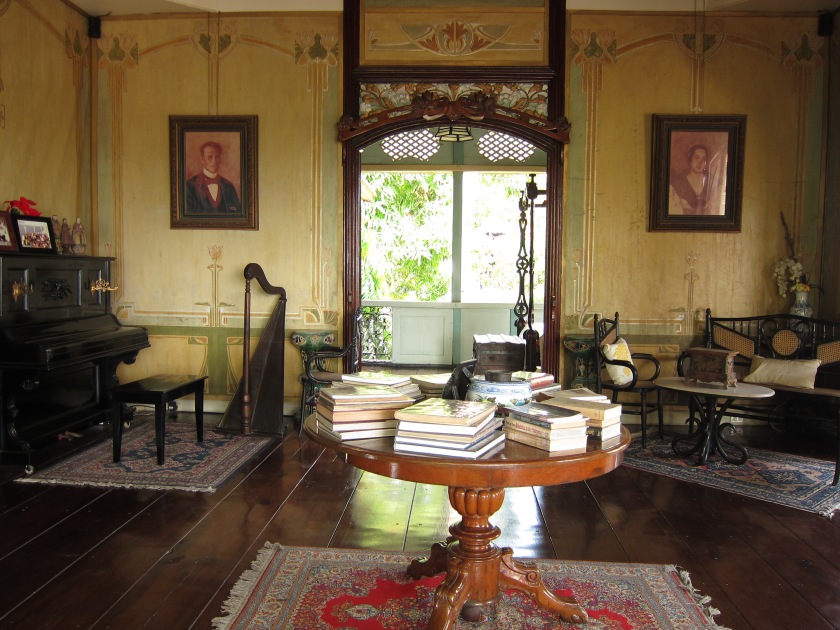 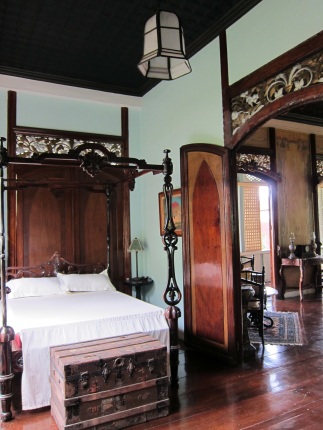 This bedroom still has the original bed and furnitures.

Actress Gretchen Barretto was here before me. So were Sharon Cuneta and Judy Ann Santos, both superstars, which probably explains why the receptionist-cum-tour guide’s question, as she ushered our group into the pre-1850 ancestral house, was:

“Well, this is the house where they shot that episode, with Gretchen. She even had a scene in the bathroom. A lot of movie stars have been here,” she said proudly.

That’s how Casa Villavicencio is introduced these days—an old house that makes for a great movie set. Luckily, guests to this popular destination in Taal, Batangas are asked to watch a short video that introduces the house for what it was—a refuge for Philippine revolutionary heroes and home for a couple who largely funded the work of those heroes.

The yellow-and-sea green stone mansion still standing at no. 33 Marella Street holds a treasure of stories not normally found in history books.

Few Filipinos are familiar with a woman named Gliceria Marella de Villavicencio, dubbed as the “forgotten heroine of the revolution.”

Born to a wealthy family in Taal, Gliceria was sent to school at the Sta. Catalina College in Manila in 1864, a time when education was not the norm for girls. In 1871, aged 19, she married Don Eulalio Villavicencio, a shipping magnate 10 years her senior, whose affluent family also hails from Batangas.

As a wedding gift, Don Eulalio had a house built for his bride. The place, known as the Villavicencio Wedding Gift House, still stands adjacent to the Casa Villavicencio, housing a family’s memorabilia.

Today, the Wedding Gift House is listed on www.airbnb.com as an accommodation for Taal-bound travelers, with three bedrooms (two of them air-conditioned) for guests. The house, which can sleep up to 15 people, rents out at P16,330 per night. 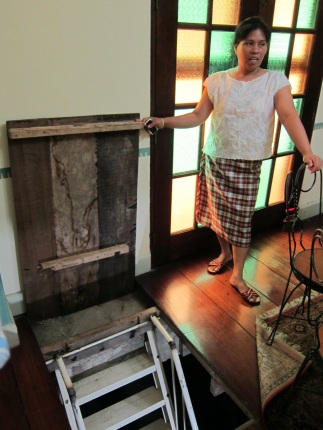 Katipuneros used this tunnel leading to the church to evade Spanish authorities.

Meanwhile, the main house, Casa Villavicencio, has been renovated and now hosts film crews, actors and tourists, a very different demographic from its former guests.

Back in the 1800s, Casa Villavicencio was the secret meeting place of prominent historical figures—Katipunero leader Andres Bonifacio, Gen. Miguel Malvar, Felipe Calderon and their trusted men. Here, seated around the wooden dining table, they plotted the fight for freedom from Spain, kept record books of the Katipunan, smuggled arms and brought battle-weary soldiers for rest or treatment.

Often, the revolutionary leaders disguised themselves as cockfighters. They came and went safely through a tunnel that ran from the Villavicencios’ dining room to the Basilica of St. Martin de Tours, about a kilometer away.

The tunnel, which is accessible from a corner of the dining room, is now walled off, but guests can still open the floorboard to get a feel of the revolutionaries’ exit route. The heat and some insects, however, would discourage tourists from going down.

Casa Villavicencio was not just a hiding place for revolutionaries but for national hero Jose Rizal’s writings as well, including Noli Me Tangere and La Solidaridad, which Don Eulalio distributed to allies in the Philippines. In fact, Don Eulalio flew to Hong Kong in 1892 to deliver P18,000 to Rizal to fund the propaganda movement against Spain.

When the Spanish authorities finally arrested Don Eulalio, they interrogated Dona Gliceria as well, trying to convince her to rat on the other revolutionaries in exchange for her husband’s freedom.

Dona Gliceria’s reply was one for the movies: “I love my husband as few wives can, but I would consider myself unworthy of carrying his name if I will procure his liberty at the expense of his country’s blood.”

A frail Don Eulalio was released in November 1897. He died three months later. Dona Eulalia continued to aid the revolution by donating a ship, the SS Bulusan, to ferry soldiers, food and ammunition across the islands. The SS Bulusan is considered the Philippine government’s first warship.

Once, during a search by the guardia civil of the Villavicencio house, Dona Gliceria passed on the Katipuneros’ books to a neighbor; the rest were laid on a bed and covered with a sheet. Gliceria then asked her sister to lie down and pretend to be sick so the Spanish authorities would not search the bedroom.

“The Villavicencio family is very conscious of our great grandparents’ role in Philippine history… We did regular trips to Taal as kids,” said Jocelyn Quiblat, whose late mother, Montserrat Villavicencio Joven was the daughter of Vicenta Villavicencio, one of Eulalio and Gliceria’s six children.

“To this day, we make trips to Taal with the younger generation, to impart to them the significance of the role that our great grandparents played in history,” she said.

Dona Gliceria died in 1929 at the age of 77. The two Villavicencio houses, however, remain standing as a testament to their owners’ patriotism and courage.

Walk-in guests are welcome to see the house (P100 for a tour with snacks, P70 for tour alone), but if you want a chance to sample local delicacies in the same room where heroes once met, shell out P995. This includes a guided tour of the Basilica of St. Martin de Tours, four heritage houses in Taal, lunch at Don Juan BBQ, and snacks at Casa Villavicencio (email casasdetaal@yahoo.com to book).

Whether you’re walking solo or going with a group, take your time exploring the houses. You may not meet a showbiz superstar or a famous director, but you will get to know a real heroine. ##

OTHER STOPS IN YOUR TAAL HERITAGE WALK 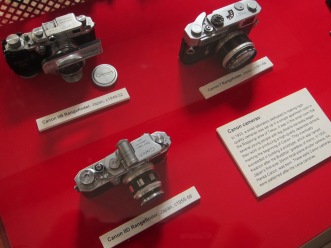 Taal is a town that is better discovered by walking (just bring bottled water and a cap or umbrella). Heritage structures are plenty so we’ve narrowed down your stops:

The Lord will fulfill His purpose for me; your steadfast O Lord endures forever.